Schedule : Back to Dr Krystyna Cwiklinski 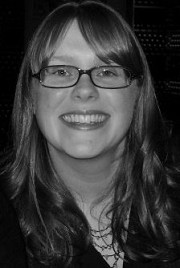 Fasciolosis caused by the liver fluke Fasciola hepatica is an economically important disease of people and their livestock worldwide, affecting between 2.4 to 17 million people and more than 300 million animals (cattle, sheep and goats). Control is currently reliant on the use of drugs, with triclabendazole being the current drug of choice as it kills all developmental stages. However, the emergence of drug resistant parasites is now a global concern. Novel approaches need to be developed for the control of fasciolosis and amongst these vaccines would be considered a high priority.

The ongoing effort to develop a liver fluke vaccine has been greatly enhanced by the major step-change advances in our knowledge of liver fluke biology facilitated by the availability of large sequencing datasets from genomic, transcriptomic and proteomic analyses. In-depth molecular analyses of the juvenile stages responsible for early, acute infection that have been previously difficult to study can now be performed. These studies have identified several molecules, including proteases, protease inhibitors and anti-oxidants, critical for this stage of the parasite life cycle, as potential targets for liver fluke control strategies. These molecules are the current focus of our F. hepatica vaccine development strategy, where we are exploring combination subunit vaccines, using various recombinant proteins known to be important for parasite invasion and survival. The efficacy of these vaccine cocktails has been assessed in several sheep vaccine trials in UK, Ireland and Spain. These studies have highlighted the need for reproducible studies using large numbers of animals due to the inherent variability in sheep vaccine trials.

We are science based Charitable Incorporated Organisation