The National-Populist Mutation of Neoliberalism in Dependent Economies: The Case of Viktor Orbán’s Hungary 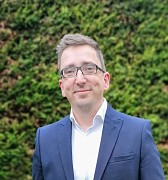 Extending the emerging literature on the mutation of neoliberalism and challenging the conventional view of populism as a revolt against liberal capitalism and businesses, this paper offers a new conceptual framework to analyze the national-populist mutation of neoliberalism in foreign-investment-dependent economies. Following theory-testing process tracing, the paper substantiates this theoretical framework through a detailed mixed-method study of the strategic test case of Viktor Orbán’s Hungary. Utilizing new empirical material on businesses and policymakers, the paper shows how the polarization of the business class rooted in global dependency structures, in interaction with a rising group of nationalist technocrats, has produced a national-populist mutation of neoliberalism. National-populist neoliberalism entails a new power bloc, a new compromise between national and transnational capital. It has preserved the core tenets of neoliberalism while modifying some of its peripheral elements and cutting back on avant-garde excesses to ensure political viability.