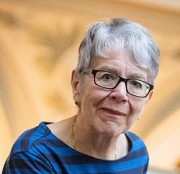 Although it is widely believed that visits to Iron Curtain countries during the Cold War were impossible without political sponsorship, there were bilateral exchange programmes that enabled students to spend a year in the East. Such exchange programmes were fairly obscure then and in many ways remain so now. This presentation offers a reflection of how British postgraduate students availed of this opportunity to visit an otherwise inaccessible country: Communist Czechoslovakia, from the 1960s to the 1980s. Such visitors were of a different kind to the visiting lecturers and distinguished cultural and educational personalities who were received in Czechoslovakia. They were usually in their early twenties with a specialist interest that drew them to the country: education, music, glass production, Slavonic culture and so on. By and large they were left to their own devices, living in student hostels, fighting for space where they could study or practice, for menza tickets, a tutor, membership of the library…. Some of them were untroubled by the StB, others might be invited for a cup of tea and a chat…. Most of them made a range of friends, and came to know the country well. Some of them later became distinguished in their fields. The impact of experiencing life in a totalitarian regime at an impressionable age was to be a major influence on their future life and career.