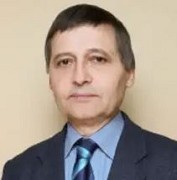 The paper focuses on exile experience of Frank Uhlir, centring on the formative years in London between 1949 and 1951 which helped prepare him for a distinguished thirty-year career in Canada. F. Uhlir spent two sojourns in exile in London: first, during the World War II during which he served on the Czechoslovak State Council. The second exile, following his escape after the 1948 Coup, was permanent. We will examine the influence of Uhlir’s second London exile on his future thirty years in Canada. We will compare his skills and experience as teacher and politician that he brought with him with new skills and experience he acquired in London and, later, fully developed as an academic and priest in Canada. To succeed during the second phase of his life he did not prepare through formal studies but through practical work among the Czech exiles after February 1948. Meeting important local personalities like Fr. Cyril Charles Martindale, SJ, as well as meeting new Czech exile collaborators and friends was the best school for him. Dr. Uhlir was intensely active during this short period. He participated in founding and running the exile support organisation Cyrilometodějská liga, adult education programs, the Czech school in London, and helped to establish a new periodical Nový život. Less than three years in London provided the best preparation for this Czechoslovak exil for a completely different future life in Canada.