An Exile Journalist and his Struggle with Communism: Josef Josten and the Free Czechoslovakia Information Service (1948-1985) 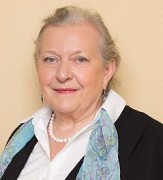 This presentation centres on the Czechoslovak exiled journalist Josef Josten (1913-85) and the organisation with which he is most associated, the Free Czechoslovak Information Service (FCI), which Josten established in London in 1948. As a staunch supporter of the ideal of Masarykian Czechoslovakia and a sworn anti-Communist, Josten used the FCI to mobilise anti-Communist solidarity, finding greatest support among the members of the British parliament including Herbert Morrison, Lord St. Oswald and Bernard Braine. Within the Czechoslovak exile environment, Josten and the FCI encountered both clashes and cooperation. The FCI climaxed in many ways in its efforts to free Václav Havel and other Charter 77 members and prisoners of conscience from Communist incarceration. Using private documents made available to the author by Josef Josten’s family, in addition to archival records in Britain, the USA and Czech Republic, this paper engages with three major questions: First, what was the position and role of the FCI and Josten in the context of the Czechoslovak democratic exile?; second, why did Josten and his activities often provoke controversial evaluations in both exile and Foreign Office environments?; and third, what was the significance of the main initiative of the last five years of Josten’s life – the British Committee for Defence of the Unjustly Prosecuted?