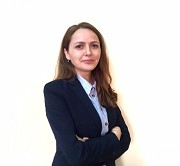 At the beginning of the 1990-s, relations between Albania and Russia were not developed. At this time, Albania was in a difficult situation, attempting to establish a democratic system of governance after years of authoritarian communism. At the same time, Russia was undergoing difficulties associated with the recent collapse of the USSR. The new policy of Tirana was oriented toward NATO and the European Union (EU), while Moscow was not interested in developing relations with Albania.In the 21st century, the relationship between two countries changed. Common interests were pursued to develop business cooperation and constructive partnership, while preserving the sovereign values of each nation. Some regional issues of both countries reveal different policy positions and solutions, such as the Kosovo crises, NATO expansion, the events in Ukraine, etc. However, despite the presence of certain difficult issues, Tirana and Moscow are striving for peace, first of all diplomatically and legislatively, and to resolve all obstacles that have hampered the development of strong relations in the past. The future of Albanian-Russian relations seems positive, noting the tendency towards the restoration of cultural and creative contacts, growth of mutual trust, strengthening of diplomatic relations and the expansion of trade and economic cooperation.