The latest addition to the company's MIS portfolio, the Signia system provides surgeons with real-time feedback and
automated responses to that real-time data.
The Signia system includes Adaptive Firing(TM) technology that measures the firing force and adjusts the stapler's speed
based on tissue variability measurements, allowing for consistent staple lines.

Human tissue differs in thickness throughout the body and its organ systems. For example, tissue is thinnest at the top of the stomach and thickest at the bottom of the stomach near the small intestine4. Adaptive Firing technology can detect the variability of tissue and automatically adjust the stapler's speed during MIS procedures; this allows surgeons to fire staples consistently and evenly. The Signia system also offers surgeons one-handed staple firing, allowing them to free up their other hand and stay focused on the surgical site.

"In my experience to date, I believe the articulation, rotation and firing of the Signia system provides an important new option in the performance of minimally invasive surgical procedures," said Dana Portenier, M.D., FACS, co-program director, Duke Minimally Invasive and Bariatric Fellowship division chief, Duke Metabolic and Weight Loss Surgery, Duke Regional Hospital, chairman of surgery.
"Its ability to provide the surgeon with helpful data and real-time response has the potential to contribute to more informed surgical decision-making."

"The Signia system is a first-of-its-kind stapling system and represents our commitment to pioneering intelligence-based
minimally invasive surgical solutions," said Chris Barry, senior vice president and president of the Surgical Innovations business, which is part of the Minimally Invasive Therapies Group at Medtronic. "Ultimately, healthcare should help patients get better, faster with less pain; MIS delivers on that commitment."

The benefits of MIS procedures are well documented. MIS is less invasive than traditional open surgery and can be used
in multiple surgical procedure areas including thoracic, bariatric, colorectal and gynecological. The Signia system is
launching initially in the United States, Western Europe, and Japan. It is expected to roll out to additional global
geographies during the company's fiscal year 2018. 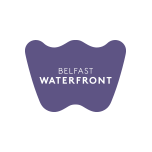 
Hosted By
Society for Cardiothoracic Surgery
The purpose of the Society is to further the interests of all involved in cardiothoracic surgery.