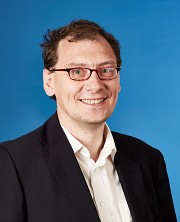 Holm Uhlig is a Professor of Paediatric Gastroenterology in the Translational Gastroenterology Unit, University of Oxford and Children’s Hospital Oxford. After Medical training in Leipzig, he received his DPhil in Oxford . He specialised subsequently in Paediatric Gastroenterology in Germany. After returning to Oxford in 2010, Holm's research is focused on genetics and immunology of inflammatory bowel disease. Holm sees patients with rare forms of inflammatory bowel disease such as Primary Immunodeficiencies that can present with Crohn's disease and tries to understand the mechanisms that cause intestinal inflammation.