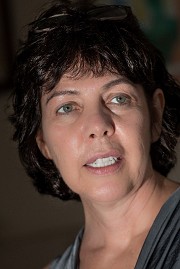 Teixeira obtained a Bachelor degree in Biological Sciences (1982) and a Master Degree in Molecular Biology (1985) from the University of Brasília. In 1990, she received her Ph.D. in Biochemistry from the University of Lausanne, in Switzerland, studying gene activation in human lymphocytes under the supervision of Professor Lukas Kuhn. From 1991 to 1996, she did postdoctoral training on Molecular Parasitology at the University of Iowa College of Medicine, in the United States, under the supervision of Professor John Donelson. In 1997, she became an Assistant Professor at the Department of Biochemistry and Immunology of the Federal University of Minas Gerais (UFMG) in Belo Horizonte, where she is a Full Professor since 2013. In addition to several research grants she received from Brazilian funding agencies, in 2005 she received an international research award from the Howard Hughes Medical Institute.
In 2000, her group became part of the Brazilian Genome Network, that has sequenced several procaryotic and eukaryotic genomes and, in 2003 she joined the international consortium that sequenced three trypanosomatid genomes. Since 2009, her group is also part of the National Institutes for Science and Technology in Vaccines (INCTV), a Brazilian network of laboratories that study different infectious diseases. In 2008, she spent six months of sabbatical leave at the University of Maryland, in the United States, working with Professor Najib El-Sayed. From 2009 to 2013 she acted as vice-head and head of the Department of Biochemistry and Immunology at UFMG and from 2014 to 2016 she acted as President of the Brazilian Society of Protozoology (SBPz). She is part of the group that created, in 2016, the Center for Vaccine Technology (CTVacinas), at Technological Park of Belo Horizonte (BH-Tec), where she acted as Director from 2016 to 2020 and is currently its Vice-Director. In 2018 she was awarded a Resident Professorship position at the Institute of Advanced Transdisciplinary Studies (IEAT) of UFMG. In 2018, her group became part of the International Research Network known as the Neglected Tropical Disease (NTD) Network, funded by the Global Challenges Research Fund from UK and which convenes laboratories from UK, South America, Indian and Pakistan to work on drug discovery for neglected diseases. Since 1997 she is a Research Fellow from CNPq and has participated in several research evaluation committees including the National Committee for Evaluation of Pos-graduate Programs from CAPES.
For more than 30 years Santuza Teixeira has studied genome, gene expression and host-parasite interactions with the focus on Trypanosoma cruzi, the protozoan parasite that causes Chagas disease and Leishmania spp, that causes different forms of leishmaniasis. By studying genes involved with host-parasite interactions during infection by T. cruzi and Leishmania, she seeks to characterize parasite molecules involved with these infectious diseases, which, in turn, can help developing new treatments and methods of disease control, including new vaccines. Towards that, her group has developed gene manipulation tools and protocols, such as the highly efficient genome editing protocol based on the CRISPR-Cas9 technology. In the past year, as a member of the Center for Vaccine Technology and the Virus Research Network of the Minister of Science and Technology (MCTI) in Brazil, she has been deeply involved with research projects related to the Covid-19 pandemic, with three main goals (i) to provide support for the local health officials to increase their capacity to perform PCR tests for Covid-19; (ii) to prototype new serological (ELISA and rapid tests) tests based on technology that is fully developed in Brazil and (iii) to develop a vaccine for Covid-19 based on recombinant antigens, RNA and viral vectors. She has supervised more than 50 master and doctoral students as well as more than 12 post-doctoral fellows, many of them went on to have successful scientific careers.