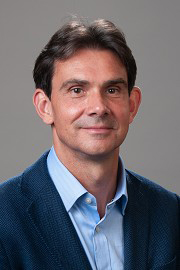 Magnus Walter received a master’s in chemistry from the University of Bonn in Germany. After obtaining a DPhil in Organic Chemistry from the University of Oxford working in Professor Sir Jack Baldwin’s research group Magnus joined Astrazeneca UK as Chemistry team leader working on structure-based-design of agrochemicals. In 2001 he joined Eli Lilly’s Erl Wood Research Centre in Surrey as team leader in medicinal chemistry progressing to group leader in 2008 and Head of Chemistry in 2013. In these roles Magnus worked on a variety of target classes in neuroscience drug discovery for psychiatry, pain and neurodegeneration. He made significant contributions to the discovery of several clinical candidates that progressed into late stage clinical trials. In 2015 he took on a global role as Lilly’s Chief Scientific Officer for Neurodegeneration Med Chem. In 2018 Magnus moved to Abbvie’s Neuroscience Research Centre in Ludwigshafen as Senior Research Fellow. As discovery leader he has broad responsibility for Medicinal Chemistry, Technologies and Screening Biology.,