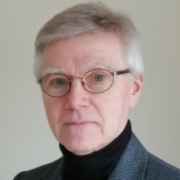 Paul completed his undergraduate biochemistry degree at St Peter’s College, Oxford in 1981 and holds a PhD from Manchester University (1985) on the prediction of protein structure by theoretical methods.
Moving to industry, Paul worked as a scientist in the computational chemistry group at SmithKline Beecham, and then Pfizer. In 1998 Paul switched to biotech, joining Prolifix, subsequently acquired by TopoTarget, which focused on oncology. As Director of R&D Paul was responsible for TopoTarget’s extremely successful HDAC inhibitor programme which led to the discovery and development of belinostat, which was approved by the FDA for the treatment of Peripheral T-cell Lymphoma in 2014.
In 2004 Paul moved to InhibOx, now Oxford Drug Design, a spin-out company from the Chemistry Department of the University of Oxford, where he is CSO. Oxford Drug Design is a biotechnology company advancing a pipeline of drug candidates for the treatment of drug-resistant bacterial infections.