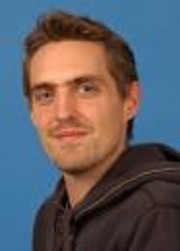 Background
Infection with helminth parasites is associated with reduced prevalence of allergic and inflammatory disease, an observation which led to the "Hygiene Hypothesis": the idea that early life infections (especially parasitic infections) are required for healthy development of the immune system, and without these infections the immune system is prone to hyperactivity. In recent years, this theory has been tested with the development of "Helminth Therapy": using live parasitic infection to attempt to control pathology in immune-mediated diseases. This approach has shown some efficacy in Crohn's disease, ulcerative colitis and multiple sclerosis, however logistical and safety issues may prevent the widespread use of infective parasites as therapeutic agents. A far more attractive approach is to identify immunomodulatory parasite products, and use synthesised forms of these to treat disease.

Research Overview
The chronic intestinal helminth parasite of mice, Heligmosomoides polygyrus, has many immunomodulatory effects, including the ability to suppress pathology in mouse models of asthma, colitis and autoimmune disease. The collected excretory/secretory products of H. polygyrus (HES) can replicate many of the immunomodulatory effects of infection, including suppression of pathology in models of immune-mediated diseases. In mouse models of asthma, we have shown that HES can suppress immune responses initiated using an alum adjuvant or extracts of the fungal allergen, Alternaria alternata. In both models, suppression is dependent on HES acting on the very earliest events in allergic response initiation. In the Alternaria model in particular, HES suppressed IL-33 release within the first hour after allergen administration, resulting in reduced ILC2 activation and ultimately a smaller type 2 response and reduced pathology in the lungs (McSorley, 2014, Mucosal Immunology).

We aim to identify the individual molecules in HES responsible for its immunomodulatory effects, with a view to producing these (or derivatives of these) as potential therapeutic agents for human disease. In conjunction with this work, we aim to dissect the mechanisms by which HES suppresses the release of IL-33, as this may give us new insights into the biology of IL-33, ILC2 responses and asthma in general.