Development of eIF2B modulators for the treatment of neurodegenerative disease 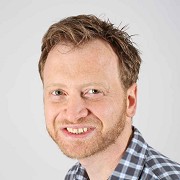 A common neuropathological hallmark to neurodegenerative diseases is the accumulation of unfolded protein in the brain. In response to the presence of these species, a cellular pathway in the endoplasmic reticulum (ER) known as the Unfolded Protein Response (UPR) is activated. The UPR is comprised from three branches (ATF6, PERK and IRE1) and acutely aims to resolve the unfolded protein stress by shutting down global protein synthesis (via the PERK pathway) and promoting the expression of chaperones. However when the unfolded protein stressor cannot be removed by the UPR, the UPR is left in an activated state for a prolonged and chronic period, leading to the downstream expression of CHOP, a pro-apoptotic transcription factor, and eventual cell death. It is hypothesised that during some neurodegenerative diseases, the UPR transitions from a neuroprotective pathway to one that actively drives disease pathology and thus inhibition of the UPR has been suggested as a therapeutic target. Evidence from post-mortem brain supports an activation of the UPR in Alzheimer’s disease and tool molecules that inhibit the PERK branch of the UPR have substantial neuroprotective effects in a range of in vivo models. Of these tool molecules, ISRIB [1] binds in an unpredicted pocket to the GEF protein eIF2B.[2,3] Supported by biophysical and further structural studies, the mechanism of ISRIB has recently been elucidated to reveal an intriguing allostery.[4]