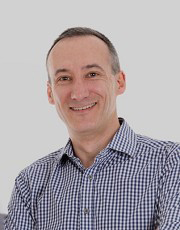 Agents that have the ability to modulate the immune system, have proved useful in many therapeutics areas. Centauri has developed an immunotherapeutic platform (Alphamers) that redirects pre-existing natural antibodies to target specific diseases.
Alphamers comprise a targeting domain that binds to specifically to the bacteria, an antibody-recruiting effector domain that recruits pre-existing natural anti-Gal antibodies, and proprietary linker technology. The effector domain is a trisaccharide epitope, galactose-alpha-1,3-galactose-beta-1,4-N-acetyl glucosamine (alpha-Gal). Alpha-Gal is a natural glycan component of tissue in all mammalian species except for humans, apes, and old-world monkeys. Constant exposure of humans to alpha-Gal epitopes in the gut leads to production of anti-Gal antibodies, which are amongst the most abundant natural immunoglobulins detected in serum. The Alphamer re-directs these naturally occurring effector antibodies to target bacteria for immune-mediated destruction.
Centauri
s lead program (CTL-ABX01) targets drug-sensitive and Multi-Drug Resistant (MDR) Gram-negative bacteria, including clinically relevant strains of Enterobacteriaceae, Pseudomonas aeruginosa, and Acinetobacter baumannii. The targeting domain of the Alphamer of the ABX01 program has also a direct antibacterial effect in combination with its immunomodulator function. As such, the Alphamer serves as a method to combine the power of the immune system with direct antibacterial action in one drug.