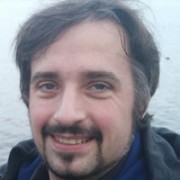 Lymphatic filariasis and onchocerciasis are major neglected tropical diseases affecting over 140 million people worldwide with painful and profoundly disfiguring pathologies (such as lymphedema or blindness). Despite crucial roles of granulocytes and alternatively activated macrophages in controlling the early stages of the parasitic infection, little is known about the induction of the innate immune response at the infection site. As innate lymphoid cells (ILCs) are known to play important roles in the initiation of the inflammation, we therefore investigated comparative ILC1, ILC2 and natural killer (NK) cell population expansion during Th2 driven Brugia malayi and Onchocerca ochengi peritoneal filarial infections using either immunocompetent (BALB/c) or immunodeficient (NOD.SCID and RAG2 being deficient in functional lymphocyte responses; NOD.SCID.γ and RAG2-/-γc-/- being moreover deficient in ILC populations due to an absence of IL-2 gamma chain signaling) mice.

Pilot studies performed on BALB/c immunocompetent animals infected with B. malayi revealed that a 10-fold NK cell population expansion was evident at the site of infection within 3 days post-infection (p.i.) and that NK cells constitutively represent over 90% of the ILC populations on site within the first 7 days p.i., shedding light on those commonly Th1-associated cells.

Those surprising results were confirmed using BALB/c, NOD.SCID and RAG2 mice either infected with B. malayi larvae or implanted with O.ochengi adults. In this configuration, once again an expansion of NK cells at the site of filarial parasitism was evident in those mice whilst ILC1 and ILC2 cell populations did not expand at any time point examined post-infection

In addition, profound NK cells impairment in NOD.SCID.γ and RAG2-/-γc-/- was linked to increased susceptibility in both infection models as well as a significantly altered granulocyte recruitment local to the site of infection. While peritoneal macrophage and neutrophil numbers were not particularly impacted, eosinophil recruitment was significantly impaired in ILC-deficient mice during filarial infection, indicating a potential novel role for NK cells in regulating eosinophil granulocyte filaricidal activity.

Finally, as this IL-2 γ chain impairment also affects other ILC populations development, we selectively depleted NK cells in mice using anti-NKp46 or asialo GM1 antibodies injections. Data showed that RAG2 and NOD.SCID mice susceptibility to B. malayi infection was 1.5- to 3-fold increased, again directing this body of evidence towards a role for NK cells in the innate control of filarial infection.

In follow-up experiments we are addressing expansions of NK subsets in tissues distal to the site of infection, providing more insights to the innate immune mechanisms involved in the regulation of disease pathogenesis.