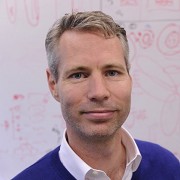 The livelihoods of millions of people living in Africa are at risk due to infectious diseases that affect the health of livestock animals which provide them with essential food, milk, clothing and draught power. One major livestock disease is animal African trypanosomiasis (AAT) which is primarily caused by two species of blood-dwelling Trypanosome parasites: T. vivax and T. congolense that affect goats, sheep and especially cattle. AAT is endemic in sub-Saharan Africa and is estimated to cause annual productivity losses of up to $600 million, a burden that falls primarily on the poorest. The few drugs that are available to treat AAT are not satisfactory: they cause serious side effects and parasite resistance to these drugs is increasing. There is a widely-held view that vaccinating against these parasites is unachievable due to the presence of a highly abundant parasite cell surface glycoprotein which can serially switch to a large repertoire of antigenically distinct forms that are clonally expressed. We will show using a systematic genome-led reverse vaccinology approach and a murine infection model that vaccinating with non-variant cell surface proteins used as subunit vaccines can attenuate T. vivax infection, including one that is capable of eliciting sterile protection. We will present research that describes the discovery of these vaccine candidates and our progress in understanding the immunological mechanisms of protection that are elicited by this vaccine.