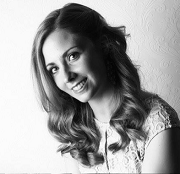 Four male patients aged between 18 and 21 were recruited two years following Nuss procedure to treat pectus excavatum. Spirometry and measurement of chest wall motion using optoelectronic plethysmography (OEP) were performed at rest and during exercise (incremental cycle ergometry). Patients before surgery and 6 weeks after removal of a Nuss bar.

Patients reported that their breathing felt more normal subjectively. There was no significant difference in FEV1, FVC or FEV1/FVC ratio following Nuss bar removal (p=0.144, p=0.197 and p=0.593 respectively). At rest end inspiratory volumes and end expiratory volumes were significantly different in all patients. Further analysis of CWM data at rest and during exercise is ongoing; the hypothesis being tested is that the Nuss bar restricts excursion of the ribcage and demonstrates a reduced contribution of the ribcage to the rest of the trunk towards tidal volumes with higher end expiratory volumes and lower end inspiratory volumes. These abnormalities would then be corrected after removal of the Nuss bar.

This study contributes towards understanding of the impact of Nuss repair of pectus excavatum upon respiratory function. Additional information is valuable in assessing the functional impact of the procedure to inform patients, surgeons and policy makers about the expected outcomes after surgery.

The purpose of the Society is to further the interests of all involved in cardiothoracic surgery.