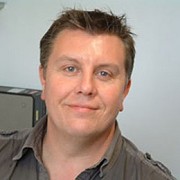 There has been an explosion of interest in immune therapies for cancer. This interest has been initially driven by monoclonal antibodies and is now being carried on by cellular regenerative medicines. Gene modified T-cells in particular are achieving impressive responses in early phase clinical trials which has stimulated Industrial involvement in a field fairly recently considered unlikely to be attractive to Pharma. Gene modified T-cells fall into two broad schemes; one where a recombinant T-cell receptor is expressed to exploit the natural activation pathways of the T-cell. The second is the Chimeric Antigen Receptor (CAR) which is an artificial protein based upon antibody technology that effectively circumvents the natural restrictions that are imposed upon the T-cell and also avoids some of the mechanisms employed by tumours to avoid T-cell mediated elimination. During this talk, key features associated with the engineering of CAR’s will be discussed as well as the implications of CAR design and ex vivo T-cell culture upon the current and future delivery of this technology.